Citizen developers and their newly found superpowers with low code/no-code development models have the ability to create and edit applications without the need for specialised resources. This model delivers innovation and cost savings as expensive software development resources can be avoided.

However, poor planning and a lack of governance could result in compromised business processes where sufficient boundaries are not set. An indirect consequence of this could create licensing traps leading to a breach of terms and cost overruns.

It could also be said that low code/no-code development models have the potential to empower individuals to become overnight experts without fully understanding the technical and long-term consequences of their actions, as end-users are traditionally detached from the cost of software and the complexity of licensing terms.

It is, therefore, important that organisations understand the licensing impact of low code/no-code application platforms marketed at citizen developers.

The Power of Microsoft Power Apps
Microsoft Power Apps is a leader amongst vendors in the market for low code application platforms. This solution enables individuals to quickly build custom apps that connect to data stored either in Microsoft Dataverse or via various online and on-premises data sources like SharePoint, Microsoft 365, Dynamics 365, and SQL Server. Microsoft enables this capability by providing a suite of apps, services, and connectors.

Within this blog, I will explore five key considerations associated with Power Apps licensing that will foster ideas on how best to license this rapidly growing Microsoft technology and offer advice on how to manage the licensing risk.

1. Bundled License Entitlement
Due to the volume of services included with Microsoft 365, it is not uncommon for organisations to become confused regarding their feature rights – for years, some organisations struggled to simply tell the difference between on-premise Microsoft Office suites. It is, therefore, no surprise that many people assume Microsoft 365 includes full use rights for Power Apps.

I would recommend that close evaluation of bundled Power Apps features included with Microsoft 365 and Dynamics 365, be undertaken. This way organisations can avoid licensing traps such as unforeseen licensing costs to step up to ‘paid plans’ or add on licenses created by an assumption that they are fully licensed. For example, bundled licenses with Microsoft 365 are for use within the confines of that environment. This means that paid licenses will be required where users need to connect to on-premise data and other data sources outside of Office 365, or to expose apps externally via the use of portals.

Similarly, Dynamics 365 licenses that include Power Apps can only be used within the context of the licensed Dynamics 365 application, with the level of functionality available aligning with the type of license held for Dynamics 365.

2. Importance of Profiling
Adopting a ‘one size fits all’ approach to licensing Power Apps for internal users could be costly. Therefore, it is important that organisations forecast demand to the best of their ability and pay as they grow.

The concept of stacking licenses should be utilised to avoid costs where possible. For example, stacking a small number of ‘per app’ plans for Power Apps for specific users could avoid the cost of licensing specific users for unlimited use apps.

To put the importance of cost management into context, the list price for a Power Apps ‘per user’ license is 22% more expensive than a Microsoft 365 E3 license. Therefore it is critical that organisations profile end user license requirements to mitigate waste or consider the use of bundled licenses where features are fit for purpose, resulting in the need to avoid licensing specific users.

3. Power Apps Portals
Power Apps Portals deliver the capability to build standalone model-driven apps that leverage Dataverse using external-facing portals. This functionality can be used by both internal and external users alike but there is a clear distinction between how both sets of users are licensed.

Depending on the level of base license held by internal users, they will have unlimited or restricted portal use rights. Again, the concept of stacking ‘per app’ licenses versus acquire ‘per user’ licenses may be relevant for internal users.

The presence of external users can have a material impact on licensing costs based on the need to license for capacity. Understanding if external users are going to be authenticated or unauthenticated and forecasting portal logins or page views is critical. Failure to accurately forecast external user demand could result in significant unforeseen licensing expenditure and possible deprecation of service. For some heavy use scenarios, alternative portal solutions may need to be considered early in the evaluation stage to avoid sticker shock.

Microsoft licensing terms explicitly call out the risk of multiplexing in the context of their technology. However, if organisations are going to leverage data sources from 3rd party software, they need to be aware of the licensing implementations. Third-party vendors may impose similar restrictions on how data is accessed which could result in license compliance risk and unforeseen costs.

5. Advanced Features & Licensing Dependencies
Like many Microsoft products, there is scope for a variety of licensing dependencies and add-on licenses to unlock the true potential of Power Apps. This blog only talks about key considerations for Power Apps, however, there are a variety of other interdependent services; for example, licensing for Power Automate or the inclusion of advanced features like Power Virtual Agents or add-ons for RPA or AI Builder.

Other supplementary costs may come in the form of additional Dataverse capacity fees or for large-scale external portal implementations, additional costs may apply for Azure External Identities. However, there is strong evidence that Power Apps can reduce licensing costs for existing solutions such as Dynamics, where users have a full license but only need the ability to work with unrestricted data.

Conclusion
As we move into a new and evolving frontier of Microsoft licensing, I strongly recommend that you leverage the expertise of internal or external licensing specialists during your Power Apps evaluation process. Having licensing experts dovetail the efforts of technical specialists will prevent waste and protect against unforeseen expenditure.

This concept of blending skills will put your organisation on a path that enables right-sized Power Apps implementations from a licensing and technical perspective. It will also lay the foundation for robust governance designed to manage ongoing costs and possible risks effectively.

Version 1 has considerable experience in helping organisations assess their requirements for Power Platform from a technical and licensing perspective.
So, whether you are trying to right-size your current Power Apps implementation or planning for future requirements, watch our Power Platform webinar or contact us for advice and guidance. 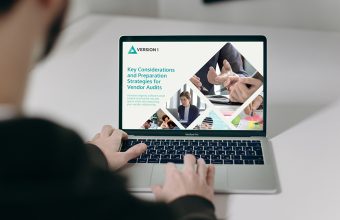 The Version 1 SAM team has deepened their expertise in IBM license consulting and software asset management, formalising its IBM license advisory services for 2023.  Given the reports of increasing audit... 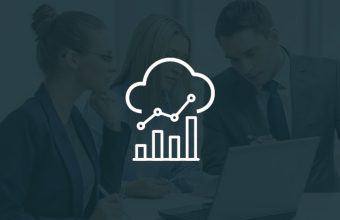 As the interest in large-scale cloud adoption rises, so do the questions around spend that many customers face pre-adoption. Cloud technology platforms continue to offer considerable business advantages.... 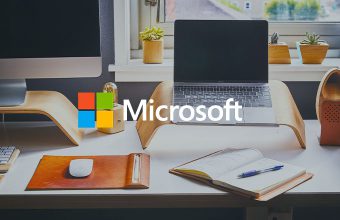 Learn more about the financial and operational benefits of Microsoft CSP and how it benchmarks against traditional licensing programs. Microsoft Cloud Solution Provider (CSP) is a modern-day licensing...