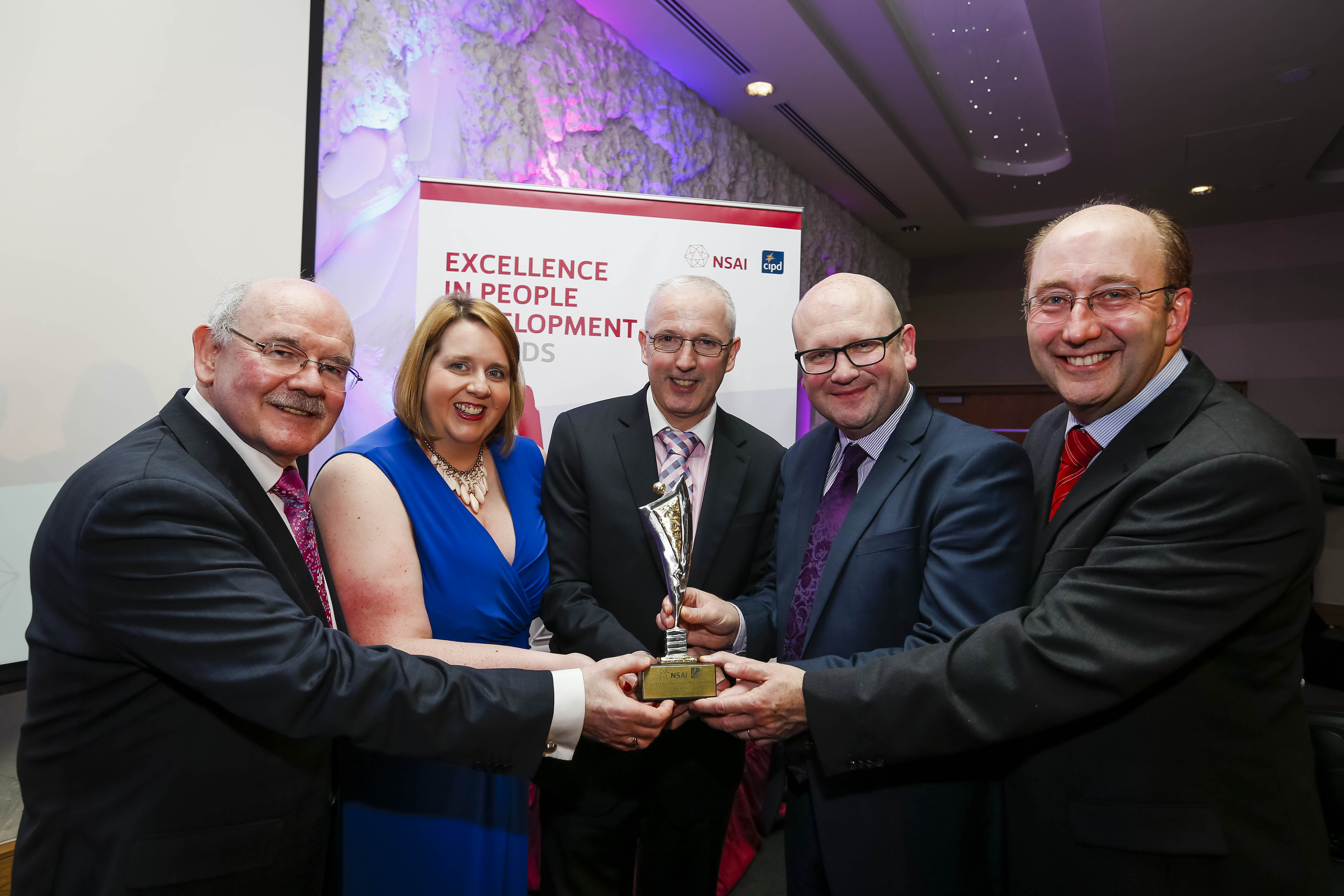 Version 1 was recognised for its world class commitment to people development and named the overall winner at the recent ‘Excellence in People Development Awards’ in Dublin, Ireland. The awards were hosted by NSAI (National Standards Authority of Ireland) in conjunction with CIPD. Version 1 was honoured among 13 leading Irish organisations representing a wide range of industries including IT, pharmaceuticals, education and healthcare.

"I’m delighted to see that so many leading Irish companies recognise that their best competitive edge is their staff – the people who make sure that things happen on a daily basis. Investing in staff creates a knowledge based, efficient workforce which in turn leads to many benefits for organisations. Employees that are encouraged to continuously improve are more likely to have new ideas and adapt to new technologies and methods, resulting in an improvement in products and services at a time when companies must constantly create and innovate to meet growing customer demands,” said Maurice Buckley, CEO, NSAI.

“Tonight is recognition of the commitment shown by Irish companies to standards of excellence and it reinforces Ireland’s ability to excel on the world stage, across a range of industries.” continued Buckley.

Commenting on the award, Version 1 Director Jarlath Dooley said “We are delighted to be recognised as world class leaders in people development. IT Services is a people business and we recognise that key to realising our ambitious growth plans is the investment we make in our people. Version 1 delivered 35% growth in 2014 and we expect similar in 2015. We couldn’t deliver that growth rate, while at the same time achieving consistent improvement in customer satisfaction and world-class employee engagement, were it not for a great team of people working to a common goal. This award recognises the enthusiasm and efforts of all at Version 1.”