In early 2019, The Security Industry Authority (SIA) awarded a major digital services contract to Version 1 which would involve a takeover in support for STeP, the SIA’s online licensing system, while confirming to UK Government and Home Office IT strategies.

With the new service successfully going live in September of 2019, the SIA and Version 1 hosted a lunchtime session to mark this key milestone in the major digital services contract. On the 7th of November 2019, at this gathering of Version 1 senior management, Version 1 consultants working on the major digital service, and SIA representatives, the Security Industry Authority commended Version 1 for the successful go-live, and Version 1’s commitment to minimising risk while working on this project, which was a crucial requirement for the regulatory body.

It’s crucial for the SIA that we provide a dependable, consistent, and high-calibre service to the private security industry.  We were impressed by the quality and competitive value offered by Version 1, and also by their understanding of our business and our requirements, which is why they were ultimately awarded this major contract. The SIA is committed to providing an efficient and easy-to-use online licensing service, and Version 1 had the right balance in terms of innovation and risk minimization, which has taken us significantly forward compared to the other options offered to us.

John Neil finished his speech by crediting the Version 1 team members that worked tirelessly to push the new service live.

The project wasn’t without its challenges, but challenges are made to be overcome, and it is a tremendous tribute to the Version 1 team members that all the obstacles were overcome without disrupting the SIA’s operations – and without ever descending into acrimony. Today we are commending the teams’ efforts, notably, the attention to detail throughout the project and the relationships built with SIA stakeholders.”

We are delighted at the positive feedback Version 1 has received from the Security Industry Authority in relation to pushing this major digital service live. Version 1 was awarded this contract to partner the Security Industry Authority in the provision of an excellent and reliable service to the private security industry, and the positive sentiment shared by the SIA confirms that we have been successful. This achievement reflects our ongoing commitment to investing in Digital Government excellence and growth across the UK public sector.  We look forward to working closely with the SIA to bring our IT skills and experience to the organisation throughout the duration of our engagement.

Version 1 will continue to work in partnership with the SIA, to not only support but to modernise and improve STeP over time.

As the chosen Digital Services partner of central governmental departments, local government authorities, leading energy companies and major retailers – the impact of Version 1 digital solutions is evident at scale across multiple industries. We are leading the charge in empowering our public and private sector customers to become recognised as digital leaders within their individual verticals. Learn more here.

Version 1 is delighted to announce that we have been awarded a place on the RM6195 Big Data and Analytics Framework. This new UK national framework, built in close collaboration with HMRC, will support... 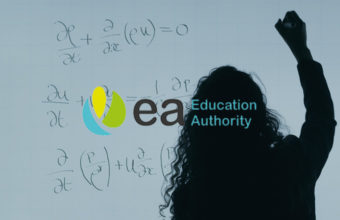 In 2020, the Education Authority (EA) identified a need to establish a new online application process to streamline their admissions process and system. The Covid-19 pandemic expedited the need for such... 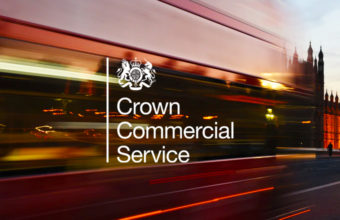