Microsoft TechX, Microsoft’s largest event for IT professionals, took place on the 12th November 2019 at the RDS, Dublin. TechX is a one-day technical learning event for professionals from the IT industry in Ireland, with more than 15 sessions, keynotes, and breakouts delivered to visitors by industry experts and top Microsoft engineers. The following blog post will cover Version 1’s key highlights from the event. 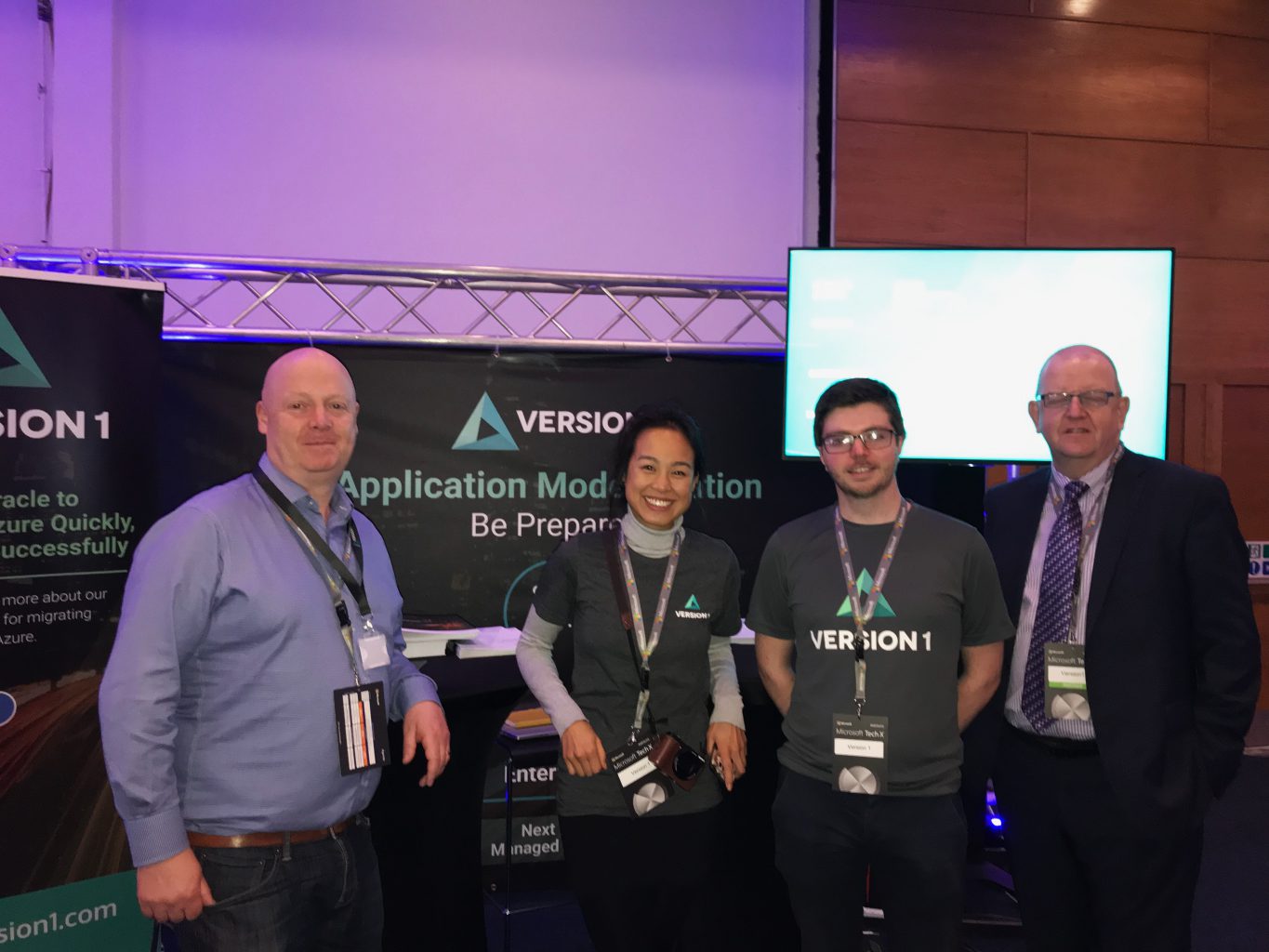 Version 1 was a proud sponsor at Microsoft TechX, which welcomed over 700 visitors. Version 1’s Alan Noonan performed a live demonstration of a pipeline that was created in Azure DevOps to deploy an Azure datacentre, configure the servers and perform automated testing. Utilising Terraform to deploy resources into Azure, the datacentre consisted of:

This process requires human interaction, to manually review and approve the proposed changes from the pipeline. The code then performs automated testing, which can be merged into the master branch code. Alan demonstrated this pipeline by making a code change to increase the number of servers in the datacentre, committing code, creating the pull request, observing the progress of the pipeline and finally verifying at the end that the new resources had been created in the Azure portal.

With a team of experts on hand at the Version 1 stand throughout the day, we talked to visitors about a variety of topics including Application Modernisation, ensuring that they were prepared to modernise their legacy systems.

Why Modernise Existing and Legacy Applications? 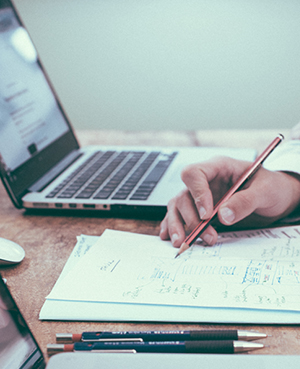 The first keynote of TechX was delivered by Cathriona Hallahan, Managing Director of Microsoft Ireland. Welcoming the audience, Cathriona stated that Microsoft’s Customer Success is down to Customers owning patent and design rights and acting as partners.

Microsoft’s new mission was discussed, which is to empower every person and organisation to achieve more. Through this new mission, people should be encouraged to not be afraid to fail. This promotes a forward-thinking framework, helps people to nurture ideas that will have the most positive impact.

Microsoft has invested over $12 billion into projects and innovations, with Cathriona highlighting examples of Innovation in Ireland. This included: 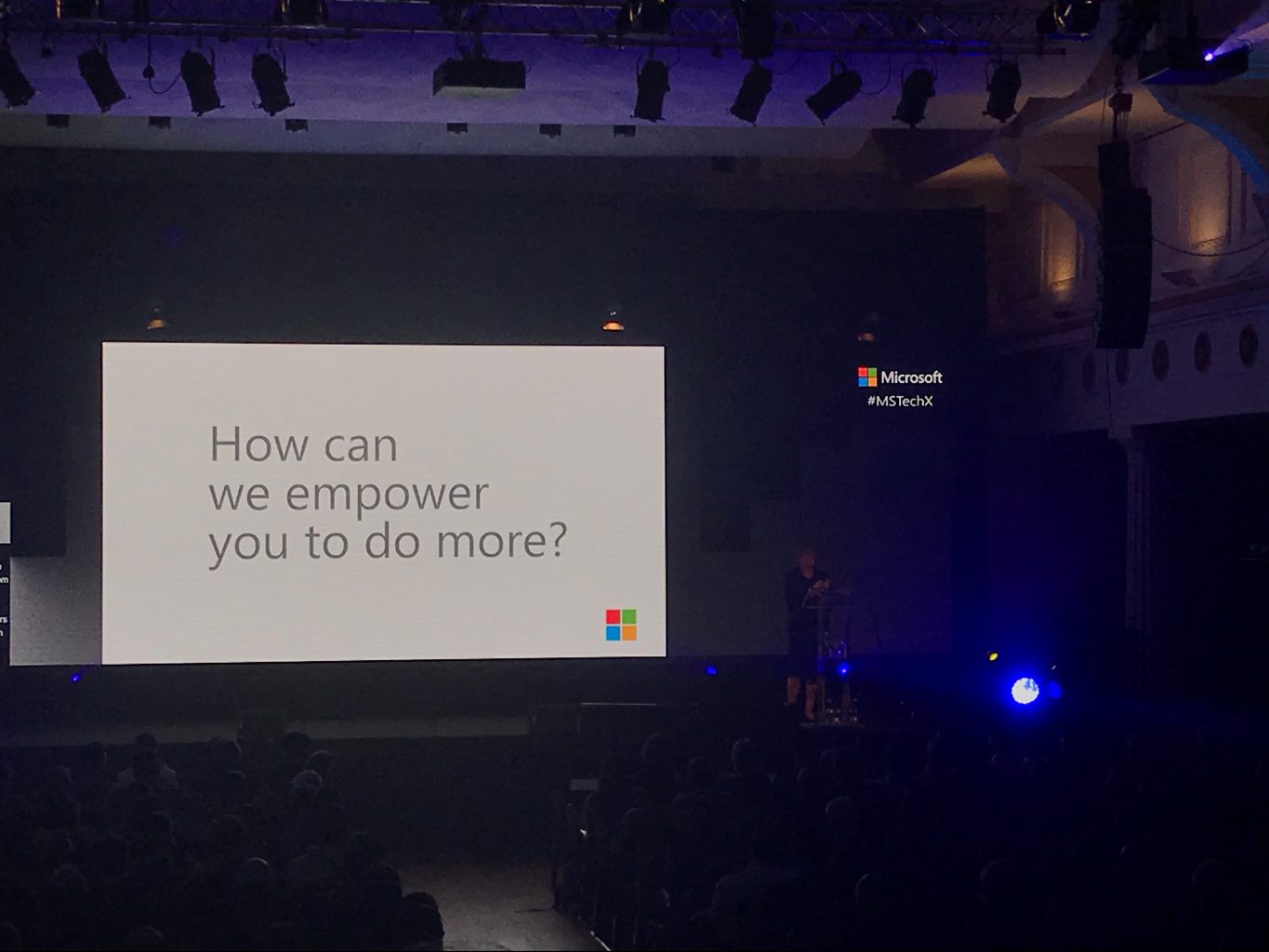 Keynote 2 – The Path from Customer Obsession to Innovation

The second keynote of the day was delivered by Josh Holmes, Principal Technical Program Manager at Microsoft. With customers demanding more from businesses than ever before, Josh stressed the importance of ensuring that new isn’t mistaken with innovative. Innovation consists of solving problems whether it’s old or new technology, with Josh paraphrasing this as “the quest to build tools, not jewels”.

Project Natick was discussed, a project seeking to understand the benefits and difficulties in deploying subsea datacentres worldwide. Cooling is one of the most expensive costs of running a datacentre, with the idea that submerging a datacentre into oceans at a certain depth (at a constant temperature) could reduce operational costs. The project is now in Phase 2, with a full-scale datacentre module deployed in the North Sea powered by renewable energy. 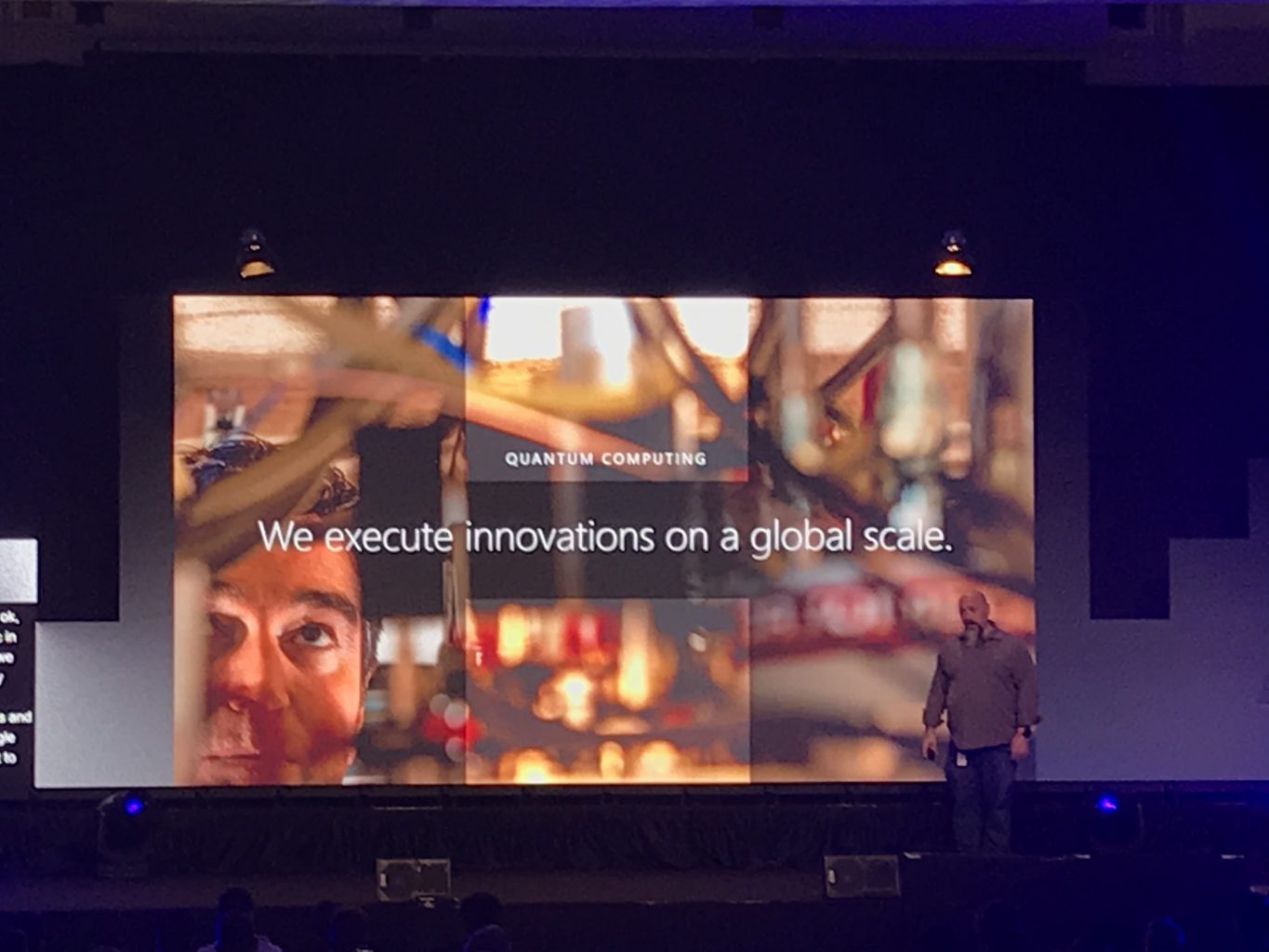 Josh spoke about Project InnerEye, a research project that uses state of the art machine learning technology to build innovative tools for the automatic, quantitative analysis of three-dimensional radiological images. InnerEye can be used to read Magnetic Resonance Imaging (MRI) scans, allowing radiologists to highlight images identifying tumours, allowing humans to stay in control of the overall process. With machine learning, the radiologist can then have multiple MRI scans which can be viewed within minutes.

Juarez delivered a session on Microsoft’s Azure Blockchain Service, which allows users to deploy fully managed, consortium Blockchain networks in the Cloud. With Gartner reporting that Blockchain’s business value-add will grow to slightly over $360 billion by 2026, then surge to more than $3.1 trillion by 2030, Microsoft has developed a vision for the future of their Blockchain service: 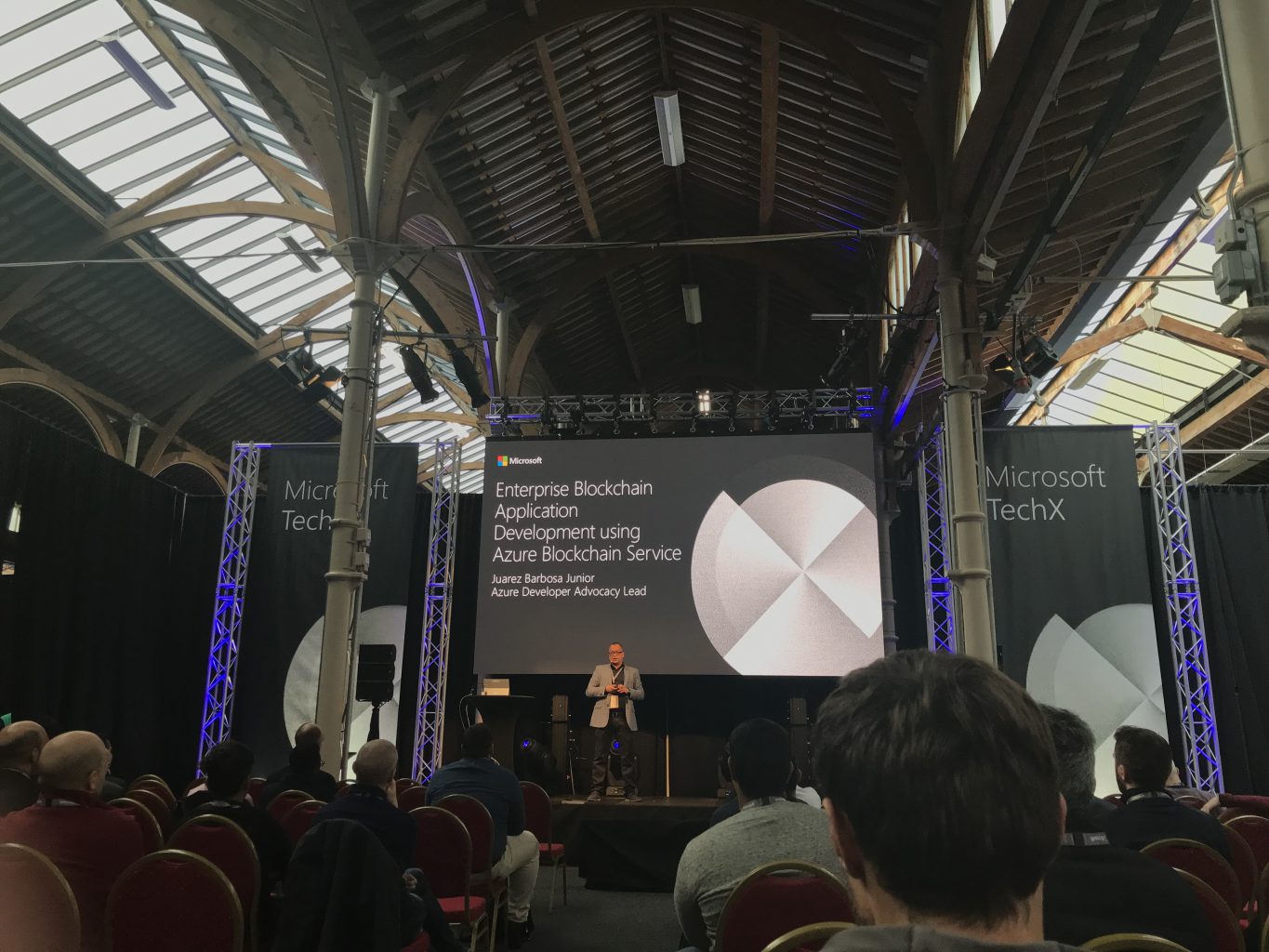 A set of questions were also raised to ensure that Blockchain is an appropriate solution for projects with certain criteria, which are as follows:

These questions should be answered to ensure Blockchain is the right solution, due to the technology’s multiple features.

To find out more about Blockchain, download Version 1’s “The Beginner’s Guide to Blockchain”, which gives an overview of how Blockchain can be harnessed in real-world scenarios.