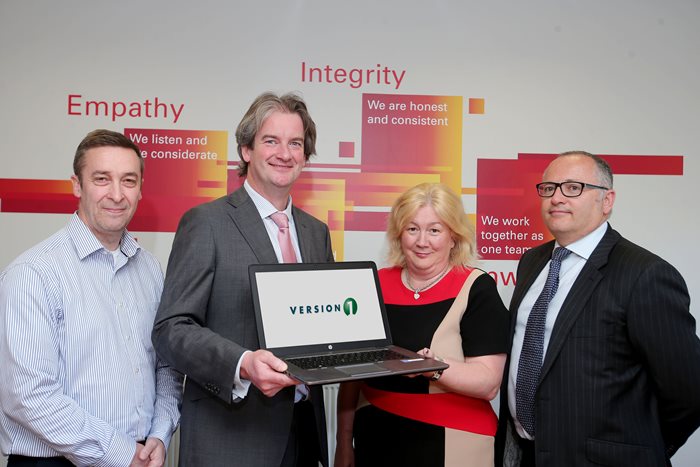 Under the contract with firmus energy, Version 1 has assumed responsibility for the company’s entire IT estate and has embarked on a major transformation programme to overhaul its legacy systems.

Greg Bell, Finance Director for firmus energy explains: “Having been acquired by iCON Infrastructure in 2014, we were faced with the challenge of de-coupling our infrastructure and operations from our existing parent company.

“Following a competitive market process, we selected Version 1 based on its world-class Managed Services operations, deep utilities expertise and a commitment to transforming our IT estate to enable us to deliver an efficient, quality service to our customers across Northern Ireland. The switch from our legacy infrastructure to our new greenfield data centres has already been completed with zero downtime for our mission-critical business operations. ”

Commenting on the deal, Version 1 Head of Northern Ireland Lorna McAdoo said “Version 1 is delighted to announce this new deal which reflects our continued strong growth in the utilities sector and our commitment to the market in Northern Ireland.

“We look forward to building a strong relationship with firmus energy and our partners eir Business NI and to delivering the infrastructure, systems and processes that will enable sustained growth in the highly competitive energy market.”

Antrim-based firmus energy has been operating since 2005 now has over 76,000 residential and commercial customers across Northern Ireland; 25,000 of which are in towns and cities new to natural gas with the remaining 51,000 across greater Belfast.  The company has laid more than 1000 kms of pipe infrastructure, which in turn allows the company to bring the benefits of the energy efficient fuel to around 30 cities, towns and villages, across Northern Ireland.

The company invests more than £10 million in this network annually and has connected more than 90% of industry along the routes of its pipelines and is committed to an on-going investment programme to improve the availability of natural gas across Northern Ireland.